Join our community discord to chat to us and get the latest progress on our games and assets. http://carter.games/discord

C.W.I.S is a tatical survival game where you fend off endless waves of missiles heading right for you. How do you stop these missiles? with a C.W.I.S ofcourse! Your ship has two of these, one at the bow and another at the stern. While these can shoot missiles out of the sky with ease, they have limited ammo and can easily overheat. As you play you can shoot supply crates to get ammo and rank up your weapons over time when they make successful kills.

The goal is simple, survival as long as possible, once your ship is out of heath the game is over! Your score will is submitted to the leaderboard when you lose the game!

You have two C.W.I.S guns at your disposal, both shoot lots of bullets in rapid succession. There are great at taking on close range misisles but overheat with too much use. Aim these with the mouse and press and hold Lft Mb to shoot. Its recommended you fire in bursts to both consevre ammo and keep the guns working. You lose score if your guns overheat or you try to shoot a gun that has overheated!These weapons can be upgraded when they climb a rank, indicated by a flashing icon on the hot bar, clicking this icon will bring up the upgrades panel and pause the game. 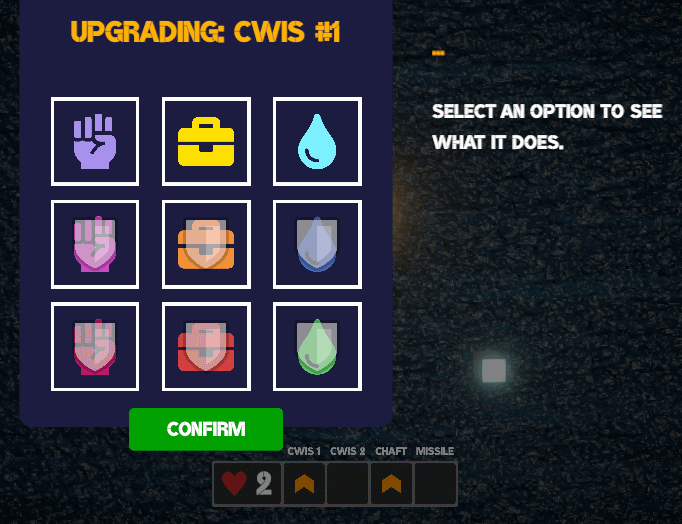 Each C.W.I.S has 3 upgrade types to choose from, rate of fire, ammo capacity and cooling. more on what each ability does can be seen by clicking the icon you want to see more about, the text on the right will change to display what that power will do. Once you are happy with your choice, press the green confirm button to upgrade the gun and continue playing! 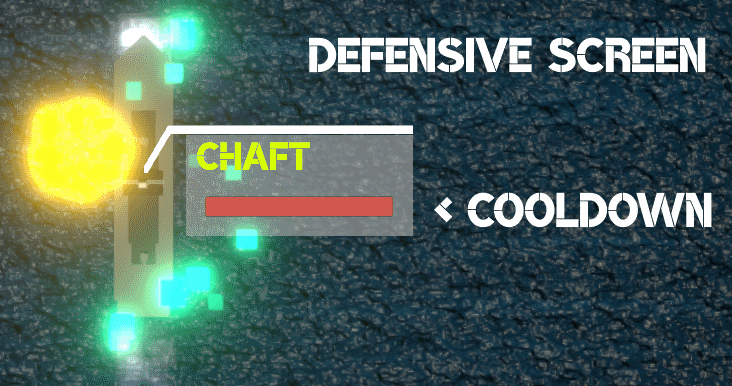 The chaft is a defensive screen that can be activated to block incoming missiles. This is great when you have a swarm of missiles about to hit you. The chaft upgrades itself over the amount of times it is used to last for longer periods and cool down faster. 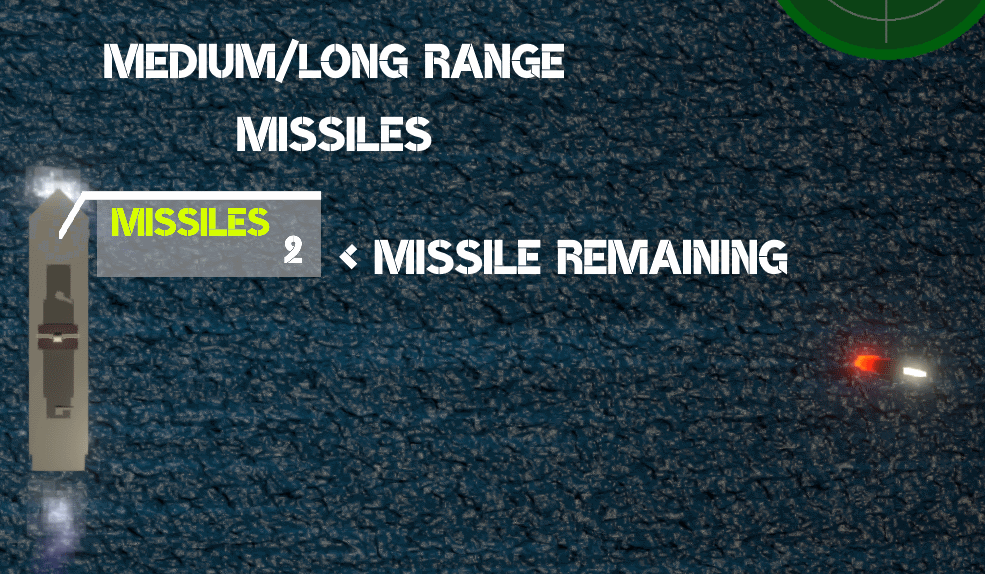 Missiles if you couldn't guess is a weapon for intercepting missiles that are further out. These will not fire at close range, only at medium to long range. They automatically target the latest missile shot at the ship and show up on the radar with a yellow triangle icon. Like the chafts, this weapon upgrades itself when used and it upgrades to allow more frequent use.

These are small boxes that float towards the ship, they can be shot with C.W.I.S to open them early or by allowed to hit the ship itself to open them. They are essential to your survival! each crate always has some C.W.I.S ammo which is split evenly between both turrets along with a chance of containing some missiles and a rare chance of containing some ship health. When you get a supply crate a UI will pop up showing what you got to the right of the ship. 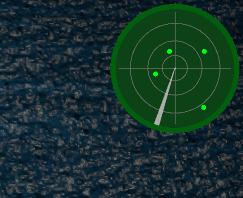 The radar is really useful for seeing what is coming at you, the green circles are missiles heading towards you and any yellow triangles are your missiles heading to intercept. Use this as a tool to plan ahead for how you are going to defend your ship and what weapons to use.

As with my last entry into this jam there is an online leaderboard, in theroy all builds should add to the leaderboard, though if you have issues please let me know. This leaderboard is temporary and may not work past the jam rating period.

Now I can already guess that some people may struggle to see how this links to the jam theme of Climbing! Well, I took climbing as "climbing through the ranks", as if you were going through the rank to earn a command, but instead of a command your ship got better the longer it lasted. a rather abstract taking of the theme I will admit, and I doubt I'll rank highly in it because of it. But hey, its a different game to the rest of the entries for sure!

All sound in this game was outsourced, below is what is used, this info can also be found in game.

As per the jam rules, here is a list of any pre-made assets used in this jam, all of these were made by me, but not just for this jam:

Awesome Game! I really liked if but it was little tough

Glad you liked it, it is meant to be diffucult xD, as its a shooter and a resource manager in one! Thx for playing xD 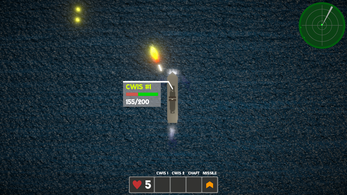 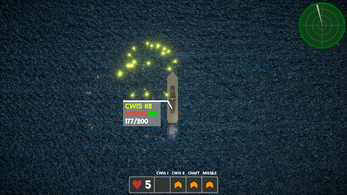 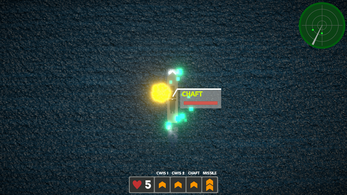